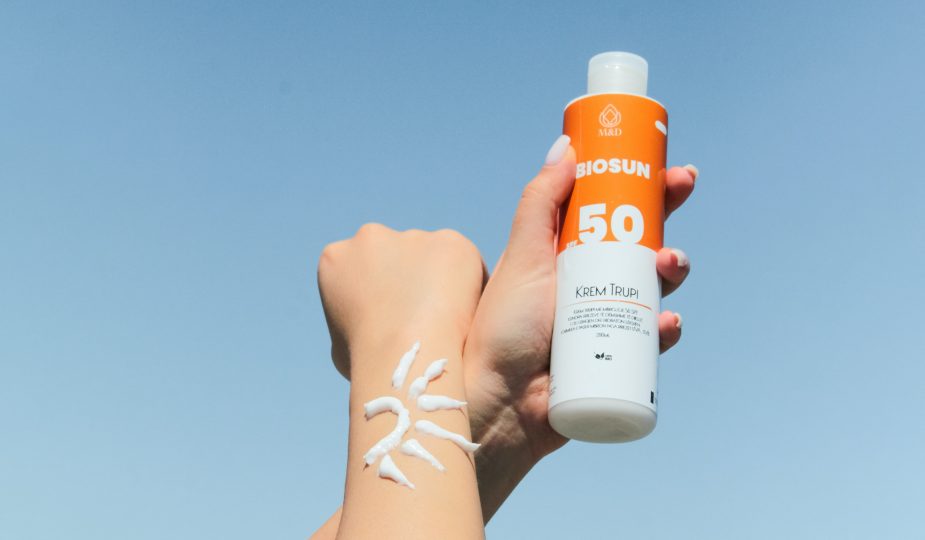 Sunscreen, a.k.a sun cream (the term sunblock is discouraged), is a product that can be applied to the skin to absorb or reflect some of the sun’s UV (ultraviolet) rays/radiations with its photoprotective capabilities. It is used to mainly protect skin from sunburns and skin cancer(s). It comes in different forms and works well with complementing items such as sun hats, UV protectant jackets, etc.

Why is it important to pick the right one?

Sunscreen is important to help us avoid skin cancer, mainly two types: melanoma, and squamous cell carcinoma. In some scenarios, sunscreen could help to prevent discoloration. It is also widely known that UVA and UVA rays could accelerate the process of generating wrinkles as well as aging. It is also useful for people who have sensitive skin when in contact with UV rays.

The invention of sunscreen is more recent than you may think.

The first sunscreen in the world was invented in Australia, by chemist H.A. Milton Blake, in 1932 formulating with the UV filter ‘salol (Phenyl salicylate)’ at a concentration of ‘10% Its protection was verified by the University of Adelaide and its was also produced commercially by Blake’s company, Hamilton Laboratories. Despite sunscreen being relatively new, sun protection practices have been observed since at least the ancient Egyptians “who used ingredients such as rice bran, jasmine, and lupine” to provide sun protection.

According to Weldricks, the earliest form of sunscreen and its invention be traced back to 1938 when it was created by Franz Greiter, a Swiss chemist. Benjamin Green then used a mixture of cocoa butter and red veterinary petroleum to protect his skin from the sun in 1944. Franz Greiter, later on, produced the Sun Protection Factor (SPF) rating which is still used today.

The SPF rating allows users to know how protective it can be. The higher the rating, the better.

UV rays are not one to neglect in our everyday lives. It is important to be mindful when out in the sun as it could create many problems if one is not careful.

These are the two wavelengths of light that could penetrate into the Earth’s atmosphere. UVA can penetrate deeper into the skin, causing damage to the collagen, leading to skin aging and wrinkling. This is because UVA rays have longer wavelengths at lower energy levels. UVB on the other hand has shorter wavelengths with higher energy. They can cause damage to the DNA in the outer layer of the skin. Excessive UVB rays exposure may increase the risk of developing skin cancers.

You can refer to the photo below from Gold Digest to understand the difference between a normal mole to skin cancer. 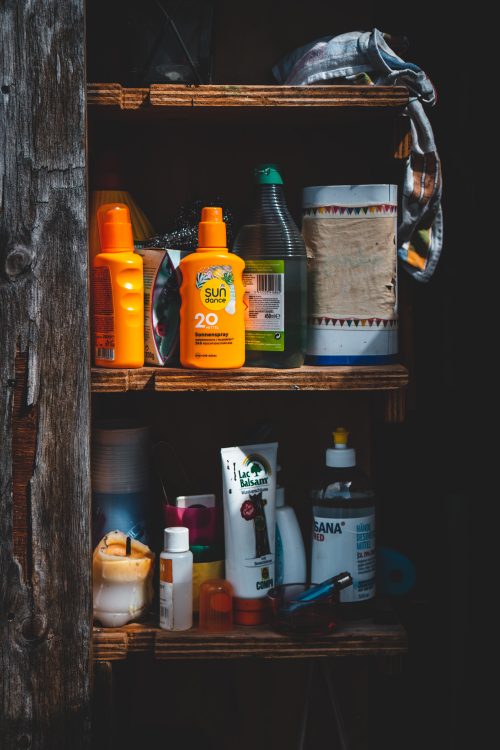 There are essentially two types of sunscreen as of today: chemical and mineral.

Chemical sunscreen agents are absorbed into the skin and may/may not have some health/environmental issues. Some ingredients are oxybenzone, and avobenzone. Some are safe for both our health and the environment, while others are not. So, it’s always nice to check the ingredient list prior to purchasing. (Lucky you, I noted down the ingredients and safety in my reviews!)

Mineral sunscreens agents are usually titanium dioxide and zinc oxide. These ingredients would physically block the UV rays from entering the skin by deflecting and scattering the UV rays. However, aside from leaving a white cast, these ingredients are less likely to cause irritation to the skin and may be preferred for those with sensitive skin as they do have anti-irritating features. Additionally, nano-sized minerals (zinc oxide and titanium dioxide) are not safe for the environment as compared to their microsized counterparts, so be careful with the products that you are choosing!

Brands are now keeping environmental well-being in mind and making sure that their sunscreens are safer for the coral reefs.

Before that, the world’s coral reefs were encountering one major issue: Coral Reefs Bleaching. According to National Geography, there are 14,000 tons of sunscreen thought to have washed into the oceans each year, contributing to the loss of 80% of the corals in the Caribbean in the last 50 years. This is why destinations like Hawaii and Palau began to ban sunscreens with harmful ingredients. Some studies for your reference can be seen here.

Locations like Hawaii had banned some of the ingredients that may be available in the sunscreens. Some of these are Oxybenzone (i.e.: Benzophenone-3) and Octinoxate (i.e.: Ethylhexyl Methoxycinnamate) which would harm coral reefs by seeping into young coral and contribute to coral bleaching.

On top of that, excessive amounts of oxybenzone may develop issues with breast development, infant birth weight, and sperm function. This could easily be achieved by applying sunscreen every 2 hours (as per instructed on the packaging) for a longer period.

According to the article produced by EWG, the following table outlines the human exposure to the commonly used 8 FDA-approved sunscreen chemicals (active ingredients) and their hazard information. You may read more on each of the sunscreen chemicals on this page which is both informative and comprehensive. 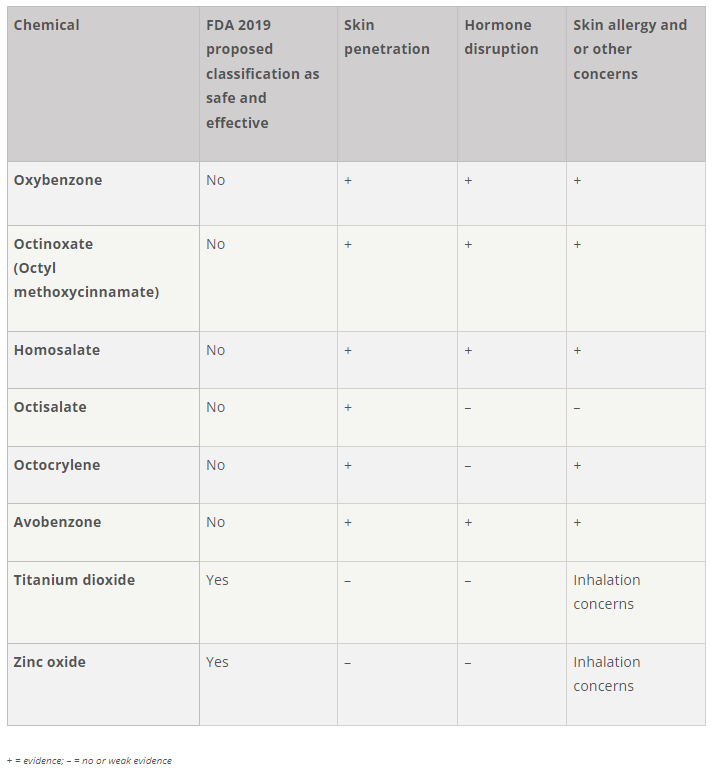 Different countries have different regulations for sunscreens. Here are some of the information available from FDA’s page.

*Any sunscreens that are not broad-spectrum or lack an SPF of at least 15 must have this warning on the product packaging: “Skin Cancer/Skin Aging Alert: Spending time in the sun increases your risk of skin cancer and early skin aging. This product has been shown only to help prevent sunburn, not skin cancer or early skin aging.”

Acceptable active ingredients as per below:

(1) Not required if the concentration is 0,5 % or less and when it is used only for product protection purposes.
(2) For use other than as a colorant, see Annex IV, No. 143. 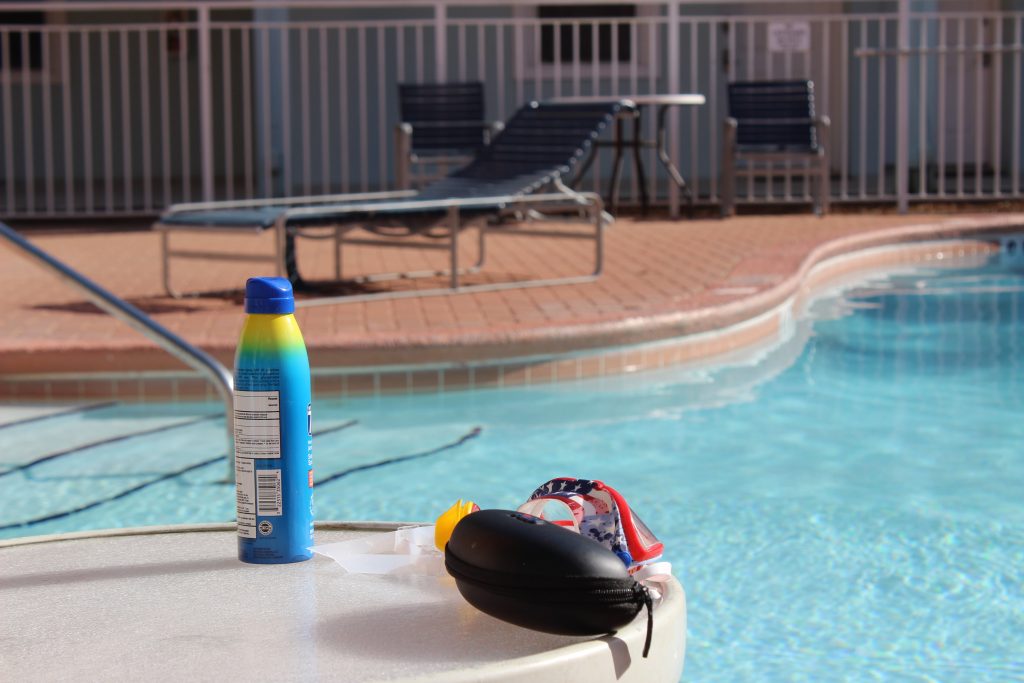 Perhaps it may help to ease your mind by knowing that there are many reef-safe sunscreens in the market right now. Did you know that sunscreens come in a lot of variants that could lead to different textures, finishing, lasting abilities, and more?  In general, there are a few types of main sunscreen textures: powder, watery, lotion, gel, cream, sprays, and stick (relatively new).

Every sunscreen is made different and we are here to discover them with you. 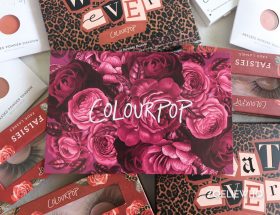 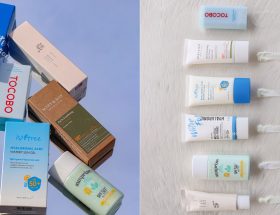 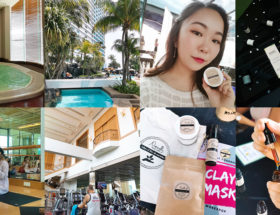 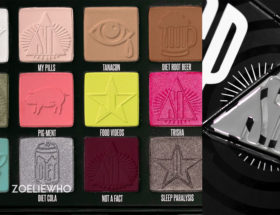