If my photos are blurry, please understand that the walk was a pain for a person like me because I’m an inactive person and I hate walking but I thought I’d get a nice beach view so why not right? Bah. 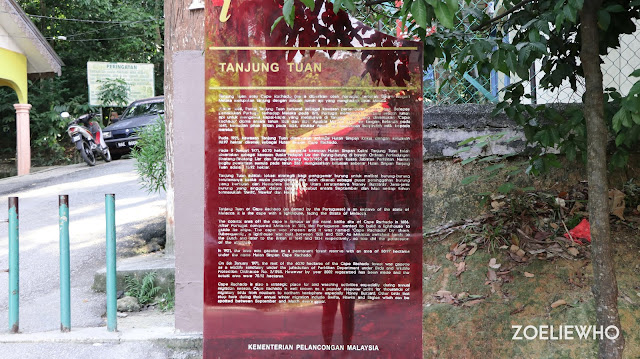 Note: This is a tourist attraction introductory posting as well as a rant.
Read more to know why. 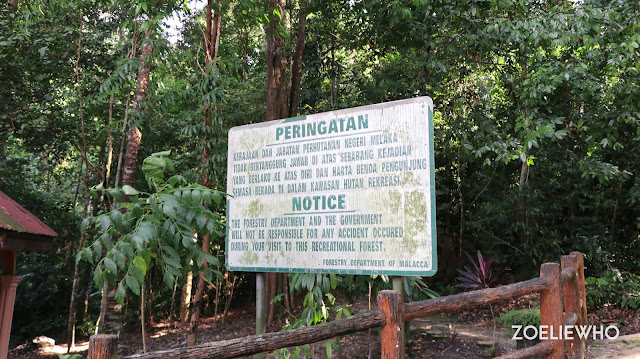 Entrance fee is RM 1. At the gate, you will find staffs who are very eager to collect the money from you. 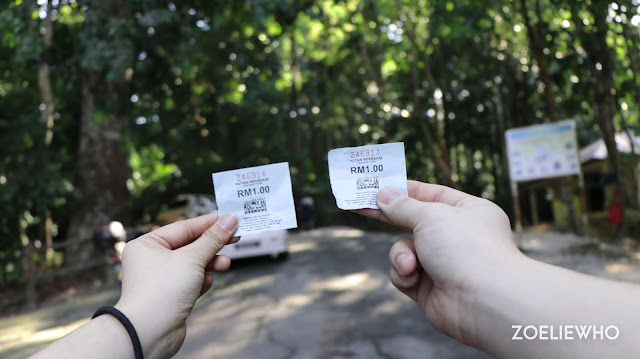 The washroom seemed…. under-maintained. They really should something about that. 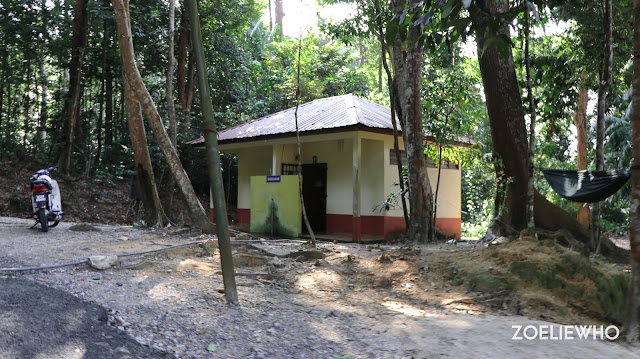 Initially, the road was fine but as you go further up, the road gets steeper and steeper. You might wanna grab the best sports shoes that you have because it could be slippery when wet. 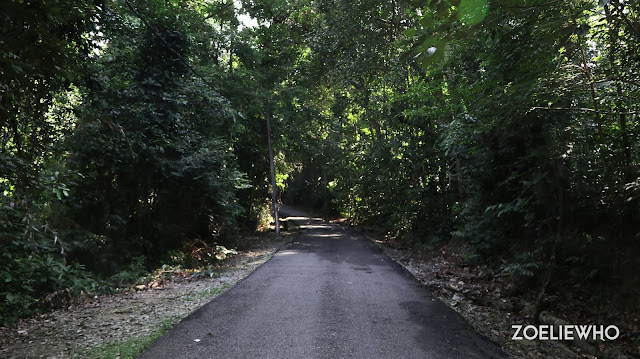 Occasionally, you’ll hear loud interruptions between trees. My partner manages to snap a photo of a monkey before it went away. 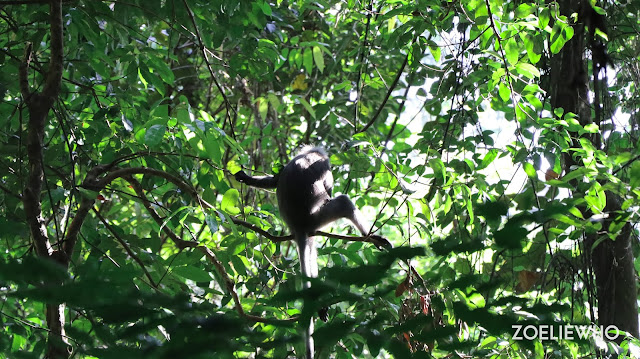 There are signs of birds and we assumed that it’s a path that directs you to an area with more birds. We didn’t venture into that area because I was not feeling it at all. 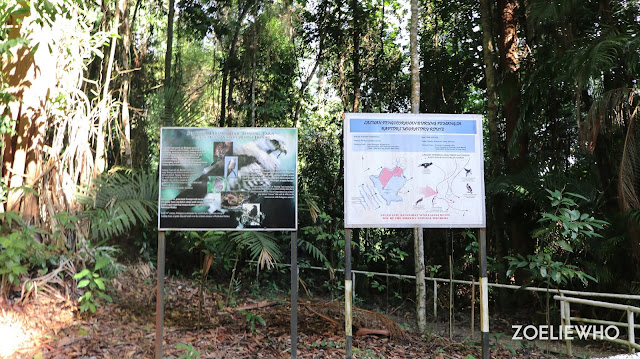 About 30 minutes of walking up to the end, you’ll reach the lighthouse. It’s a building white with blue accents. There’s a carpark here, probably for the authorities to park. 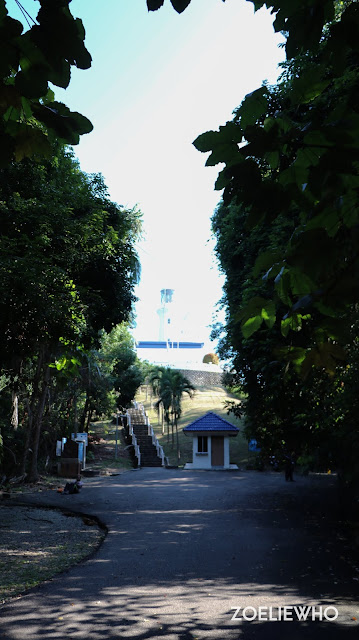 This is the view from the car park. 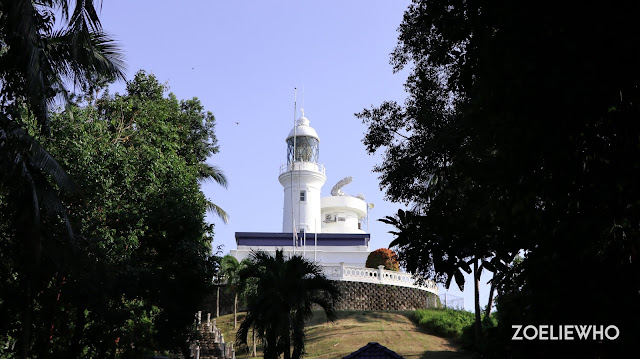 There’s a signboard over here but we didn’t read it since it wasn’t related to touring this place. 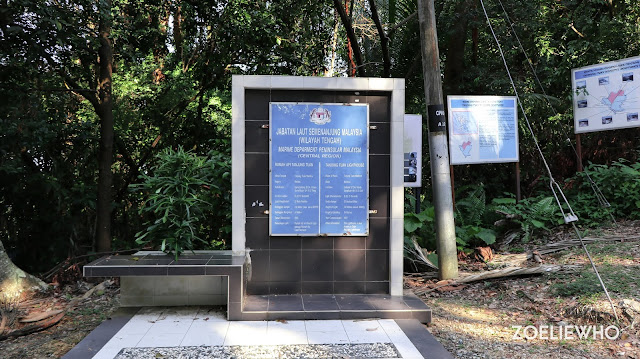 The stairs are fine. Walking up and down isn’t a problem. 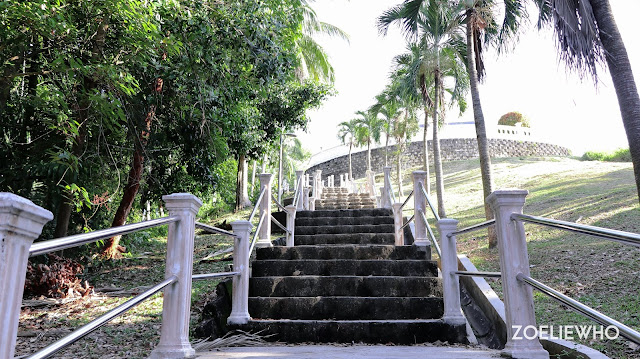 After going up, we realized that we can’t enter the premises of the lighthouse. So here’s a view of it from below. 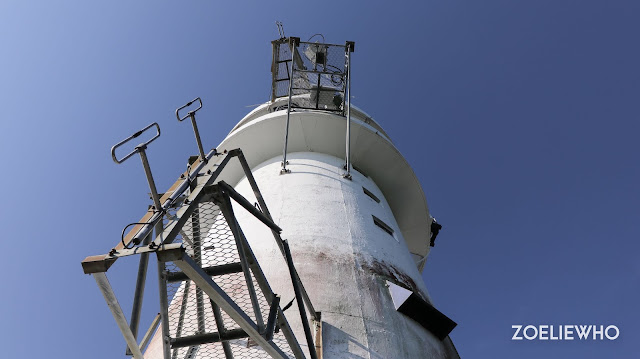 However, there was a small path around the lighthouse. We walked around it carefully to see if we can get anywhere from there. 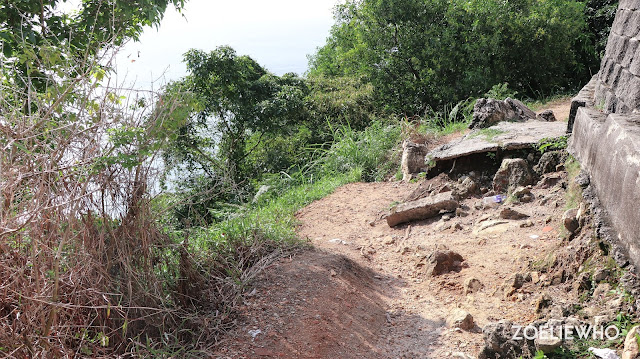 Quite frankly, this is the only view we got. The rest was blocked by trees around it. There’s a small gap between the trees where you can look out into the sea. 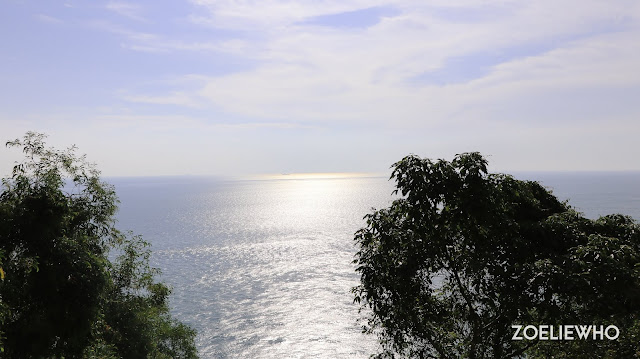 The same gap but viewed from the right side. 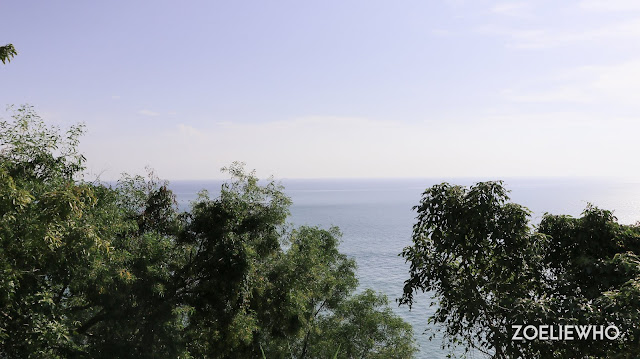 After coming back to KL and drafting this blog post, I realized that I SHOULD HAVE READ THE TRIPADVISOR WHILE I WAS THERE. I never felt so remorseful before and I even resent this place now because
A. Where are the signboards and maps when needed?
B. Where are the tour guides or assistance when needed?
They were so eager to collect the entrance fee from you but other than that, they care less. Lemme paraphrase a comment on TripAdvisor that ticked me off (not the comment but the place and the people who are supposed to maintain this place)
According to SheaSonia on 6th September 2016, this place is governed by Malacca but it’s located in Port Dickson. The entrance is right next to the PNB Ilham Resort (pretty ok looking place, near the Blue Lagoon Beach as well). The lighthouse is up there, supposedly the oldest lighthouse in the country and was rumoured that it was there since the Portuguese Era around 1600. Aside from all the active sports activities here, people come to bird watch, check out old graves/tombs and/or visit the Hang Tuah’s footprint to confirm if the Parameswara was buried here under the lighthouse. The main road leads you to the lighthouse but there are a few paths that branch out into the forest. SheaSonia discourages people to venture in without preparations like water, food and decent footwear as well as good sense of directions since this place lack of signboards.
SheaSonia ventured into the forest by the small path labelled as Rintis marked as towards Pulau Intan on the left of the lighthouse when facing the sea. On the right is Monkey Bay but no idea which path leads to that area. There was another path off the main road on Rintis Rumah Api just before the lighthouse carpark too. The path leads to a secluded beach and if you go to the other way, you’ll be coming out at the path before carpark. SheaSonia claimed that it’s a big loop which was confirmed near the end of her comment.
Full Comment
I felt unfair because we could’ve explored more inside of this place but because they didn’t bother to put up guides and maps, we missed out so many things. If that’s the case, why are they collecting money from the people? Where did the money go to? We went there on a Sunday and there were lots of people going in and out so I’m sure there’d be a decent amount of money collected. Please use that money to make it easier for visitors so that more and more people would visit the place.
That’s all for this post! 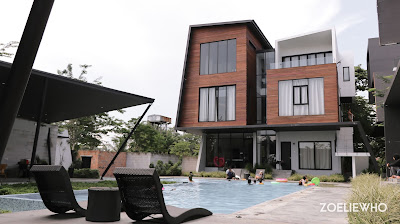 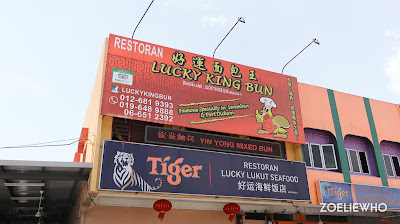 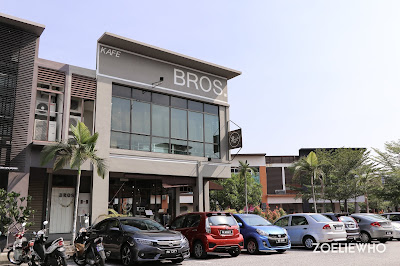 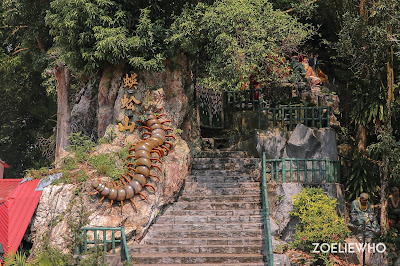