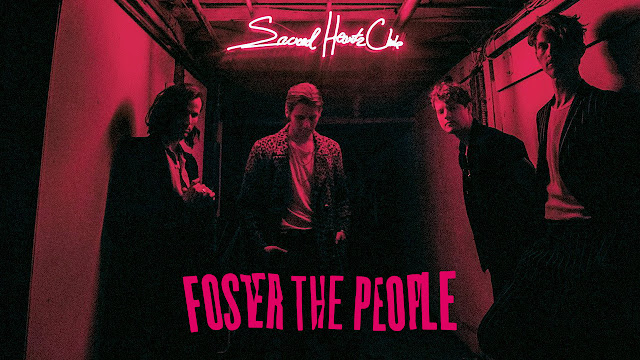 My first moment listening to FTP was when I was in Melbourne, Australia for a week during 2011. I remember hearing Pumped Up Kicks everywhere I go, ranging from supermarkets to small retail stores. It made me go crazy because of the catchiness. Ever since then, I’m always obsessed onto their music. I’ve grew more love towards their work when I watched their live tour on videos. The process of building beats and tunes before really singing the song was truly mesmerizing. Their passion and cooperation was simply amazing and I’ve been wanting to be just like them: talented.
A brief intro to their albums:
i. Torches : This album has a very innocent tune but contains hints of darkness in the lyrics.
ii. Supermodel : This album gives me a sense of mental-breakdown relief with psycho-sense tunes that many would not be able to understand.
iii. Sacred Hearts Club : This album sounded like their band’s progress throughout these years had grown mature with sick beats and deeper meanings behind the lyrics. Some of the songs were noticeably darker too, as compared to previous albums.
FTP has an odd selection for song names and sometimes they don’t really give exact impression of how those songs sounded like. Here are a list of their songs with lyrics quotes that had caught my attention. I had my own interpretation of these songs but decided to keep some to myself since they don’t really fit the song’s interpretation fully.

“The root of the song is the idea of finding hope and love in hard times. This theme is influenced in particular by the tough times the world is facing right now, and many lines can be interpreted as commentary on the world’s political situations. Aside from the critiquing aspect of it, overall it emphasizes the idea of ‘after rain comes a rainbow.'” – Zestychild 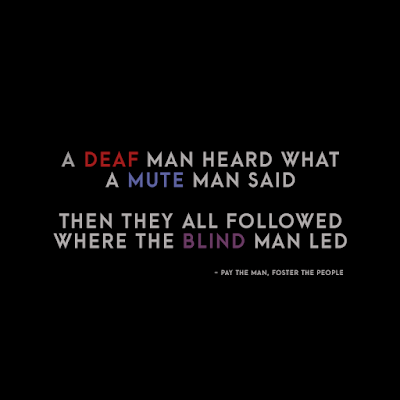 2. Doing it for the Money

“The lyrics refer to living life to the fullest and being driven by experiences, whether positive or negative, as opposed to money.” – ZestyChild 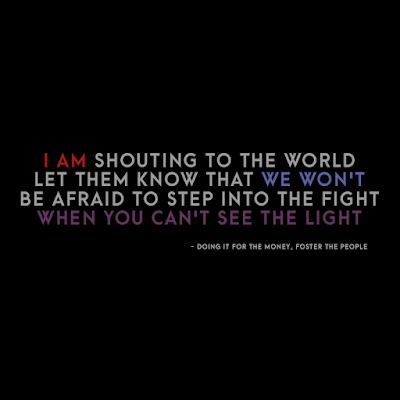 “The song is about Foster trying to reach this girl, maybe an ex-lover, and doing things right by letting the relation flow between each other.” – Camve 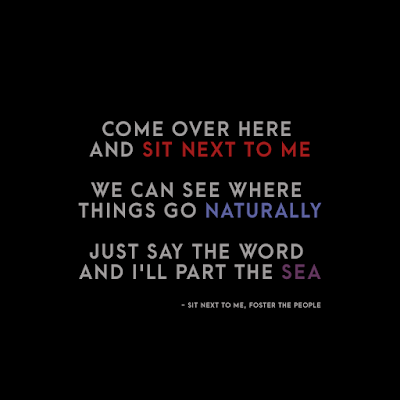 “The subject matter of the song is both a person with whom Mark has a relationship, and God. Many of the lyrics can be applied to either entities. The relationship aspect of the song captures the wonder of loving someone and struggling to overcome the loss when they leave and the presence of God is explored through his “omnipotence.”” – ZestyChild 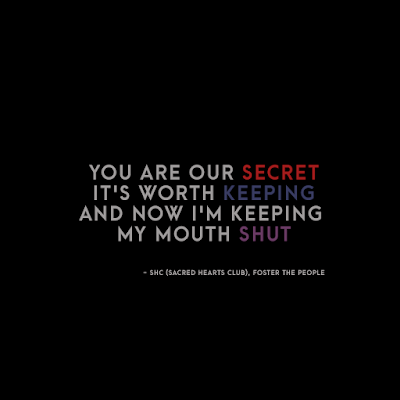 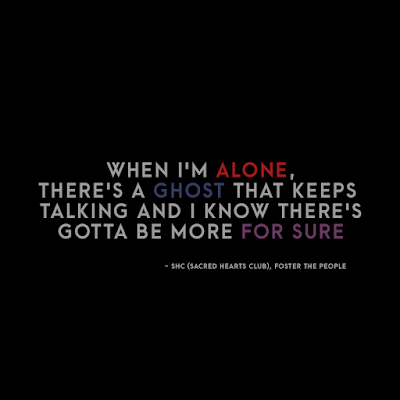 5. I Love My Friends

A happy-go-lucky song about the singer’s platonic love towards his friends even though they may not feel the same or may not have the best traits as compared to other people. 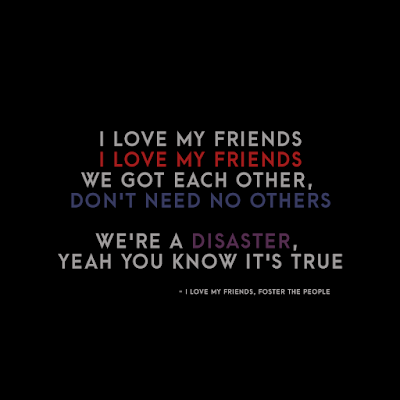 The couple speaks about a toxic yet alluring relationship, referring it as a never ending struggle which had dragged for too long.
“It is about two lovers that stay on the same point in their relationship. Foster makes a comparison between their relationship and the ‘static space’ using metaphors like eclipses and constellations.” – Camve 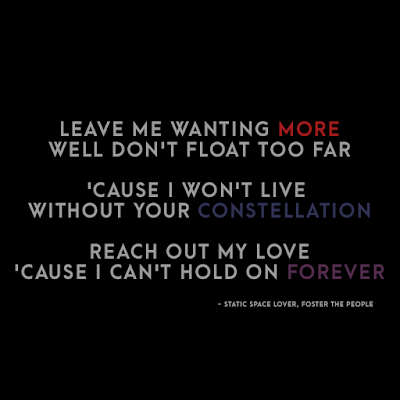 “Nowadays, the term refers to someone who indulges in pleasure and luxury as opposed to practical affairs. In the song, both Mark and the woman fit this description- Mark has lost himself in drug addiction, and the woman is preoccupied with finding someone to spend her nights with. These situations also reflect that of in the Odyssey: the addictions Mark and the woman have are alike the addiction Odysseus’ men had with the Lotus plants, and they must break free of them in order to move on with their lives.” – ZestyChild 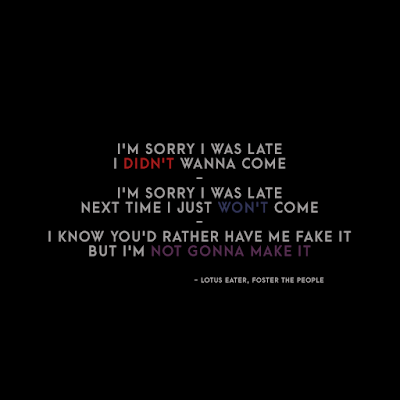 9. Time to Get Closer

The singer describes the difficulty to open up to a particular someone and hoping for a mutual feeling. 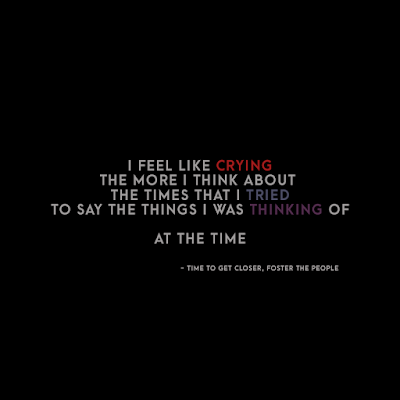 This song has a lot of real-life references which are both agitating but happening. Some of the references are similar to idolization, corruption, greed for power and lack of humanity.
“Released on June 29, 2017, Loyal Like Sid & Nancy is a heavy Hip Hop inducing track with trap flavored beats. The title refers to Sid Viscious, former bassist of The Sex Pistols who died of heroin overdose in early ‘79 and his destructive relationship with his girlfriend Nancy, who was murdered, with Sid as the main suspect.” – AwolFoster2015 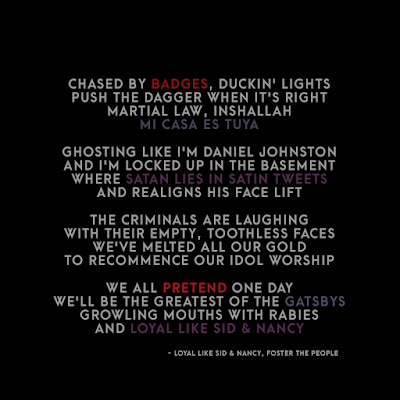 “Despite multiple interpretations that can be taken from the song title “Harden the Paint”. Listening to the lyrics creates a powerful image that makes the message clear, Mark is referencing that much like wet paint before it drys,things are uncertain, paint can get all over. She’s a “beautiful design” He’s saying to his love to harden the paint “lay back and catch the light”. This meaningful title becomes most clearly understood during the outro as well as the harmonious background vocals, he’s hoping that she won’t wash away and just might harden the paint.” – EricBuzz 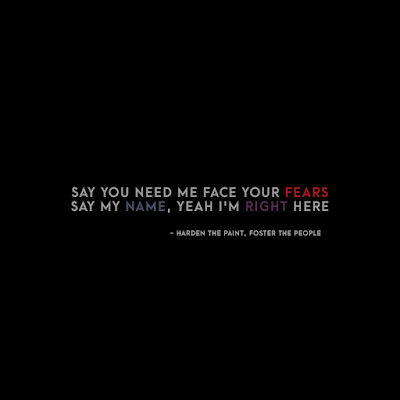 “It’s about facing your own mortality, realizing that we only have so much time to live but that we have to make the most of that short time. The song also talks about wanting someone to be there through that journey too.” – itsmarquitos 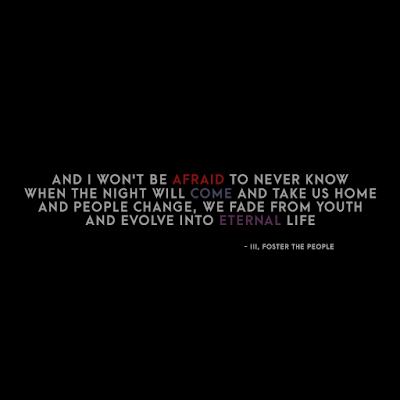 ___________________________________________
I’m a person who listens to Spotify because I refuse to buy albums but this album is truly amazing. It’s an extraordinary experience and I genuinely believe that it is worth every singly penny that you’ve spent on it. If you’re interested, head on to their Official Website to purchase or just listen from Spotify.
I’m definitely purchasing when they gonna sell a t-shirt that I like. I’ve got their first album and a t-shirt from them around 2011 and they are still in awesome quality. Totes lovin. 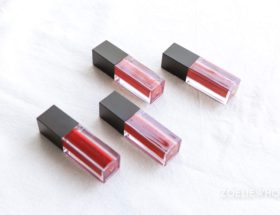