A little background of my workplace. It is almost the same as Jerlynn’L. (I’ll assume that Jerlynn’L is a locally based brand since they’ve never talked about where they’re origin from.) The similarity between Jerlynn’L and my workplace is that both of these companies are trying to gain reputation in Malaysia, both are structured organizations and they both sell things online as well.
The only difference is: We sell things that are much more difficult to sell: we’re selling perishable items. Since perishable items tends to ‘expire’ faster, it made things difficult especially when the customer service team is not efficient enough. I just so happen to be part of the CS team (but I’m also part of marketing team) thus, encountering bad customer service teams from other companies are a pain in the ass and it gets me frustrated because I know –o’ so clearly– how efficient a CS team has to be.
How I knew Jerlynn’L was from an eye-opening party organized by a community I’m currently in – The Butterfly Project. I loved their theme. I love their products and their scent too. So sweet and gentle. Their scents have never once caused me the “fragrance-migraine’ that most other brands gave me. *Cringe* The moment I received their Ice-cream Freshener, I was in love. That thing lasts so long while smelling so good, it made me craving for more.
Fast-forward to the 30th April (Sunday), where the party had ended not long ago. I realized that one of the product they gave me had a faulty pump. So I sent them a message, asking them if I can change the bottle with another new one. They had “Seen” my message on 1st May (Monday). Then, on the 2nd May (Tuesday), I sent out another message saying that I needed to exchange the product for review purposes (which was required by the brand itself). Two hours later, I’ve finally gotten a reply, settled the “exchanging pre-requisites” part and collected the product somewhere during mid-May. Since I’ve forgotten the freshener on my first visit at their branch in MidValley, I drove there again the next day just to purchase it. (Literally the only reason I drove all the way there.) However, I left the shopping mall disappointed because the staff had told me that the HQ stopped supplying the branch long ago. It got me confused because if they discontinued it, why did they gave us a scoop during the party? Also, they are still selling it on their website but I refused to purchase online because I wanted to smell the content of each different scents and I also don’t want to pay for the shipping when I can get it from the branch in Mid Valley while I’m on my way to the gym there.
So, on the 20th May, I contacted them again saying that I’ve collected the ‘faulty’ product and asking for more information about the refreshener. Below is the screenshot of the conversation. (Notice the dates) 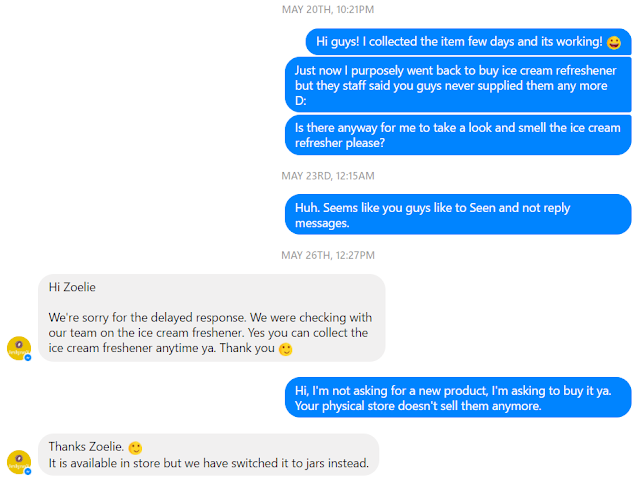 See, the CS person here said that “it is still available. There may have been some confusion as the packaging has been changed to jars instead” but hollie mollie kamollie, it is not even available yet. How did I know? Hah. Well. So, they had a promo going on and it happened between 6th til 9th. I’m having exams on 7th, 8th and 13th. So naturally, I can’t go anywhere between 7th – 13th to avoid distractions (I get distracted too darn easily.) I’ve also sent out an email to them, asking if they will be selling the product. No replies, na-dah. Left me no choice, so I had to go there and check it out myself. 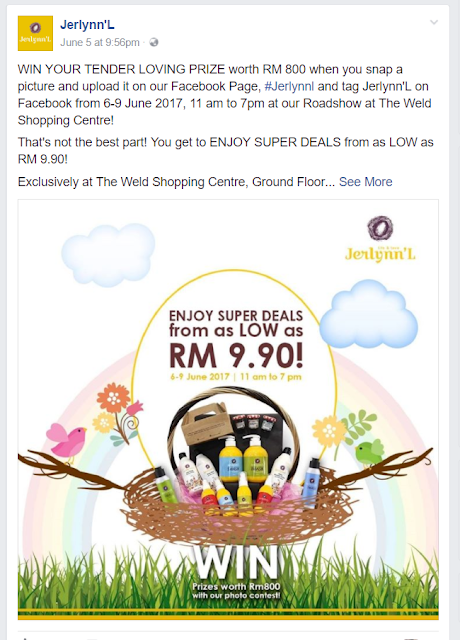 So on 6th June (Tuesday), I purposely drove there (got horribly lost in the deep part of KL) and had been told by the person in charge that “the product won’t be available at all until Thursday.” …………. [cue vulgar words] *deep sigh*

WHY IN THE WORLD DO YOU WANT TO GIVE ME FALSE HOPES???? 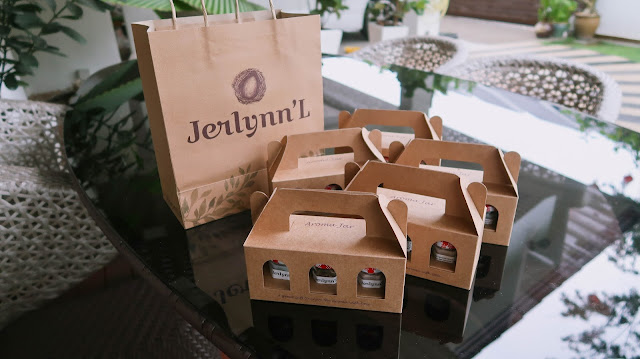 It used to be a scoop inside a sachet but they changed the packaging into little jars in a box. Right now, there are three jars in a box. Two of them are ice-creams, the last one is aroma stone. 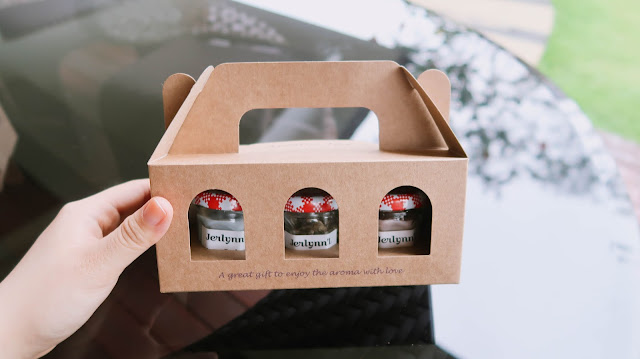 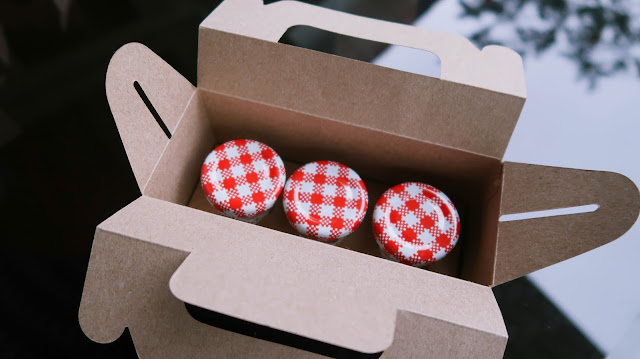 I think the scents are standardized in each and every boxes, with Apple Apricot and Eucalyptus Herb in the form of ice-cream freshener and Black Plum Tea for the stone.
The amount of product in each and every jar is different. There’s one jar that contained visibly lesser than hte other jars. There’s also a box that contained two exactly the same scent too. I didn’t check from the store before leaving but it’s okay, I prefer that scent over the other. 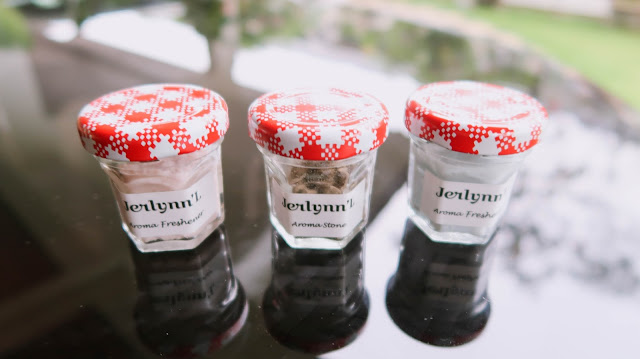 So let’s move on to the little jars.

The scent has a very dominant apple smell but it comes with a gentle wave of apricot scent as well. The overall smell is sort of like apple scented handwash. It’s not a bad thing, it’s just not my favorite. This smell is very much lady-like. So, unless the guy that you’re planning to gift this to has a slightly more feminine preference than other males, otherwise I won’t suggest this. 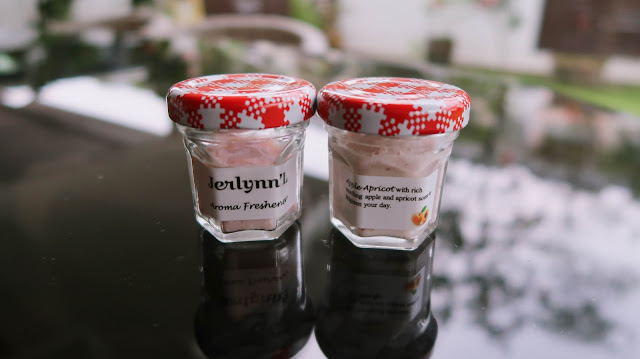 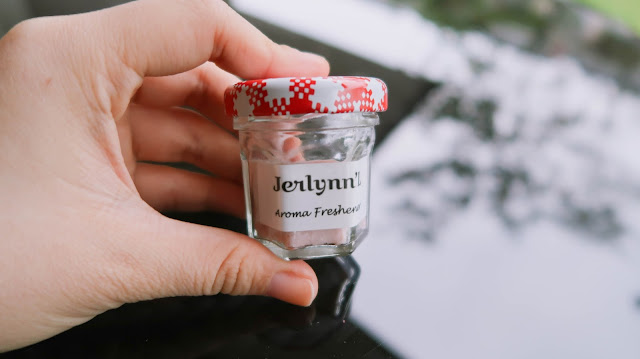 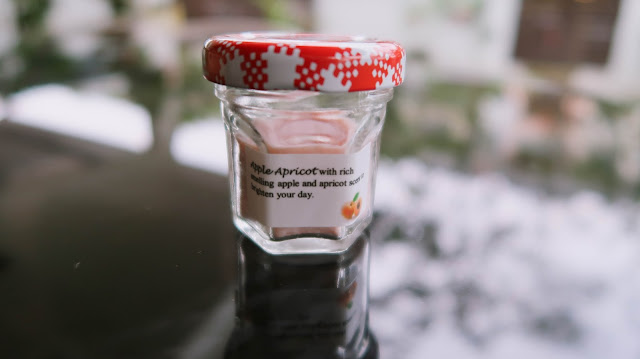 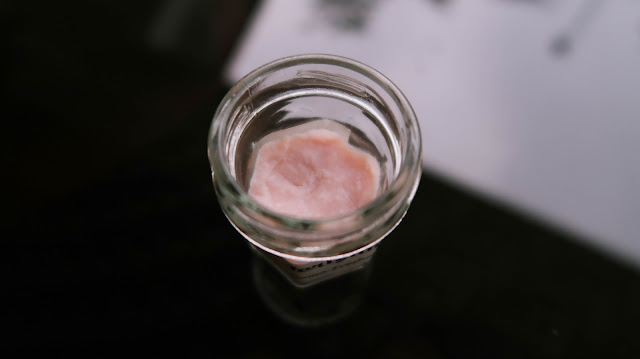 This scent hit me in the nose hard. I wasn’t expecting a minty smell. I could only think of one thing that smells exactly like it: Vicks Vapour Rub, i.e.: the thing you rub on your nostrils, your chest and your back when you have stuck nose. I believe that this freshener smells a bit stronger than Vicks but ngeh, it’s been a while since I used Vicks. 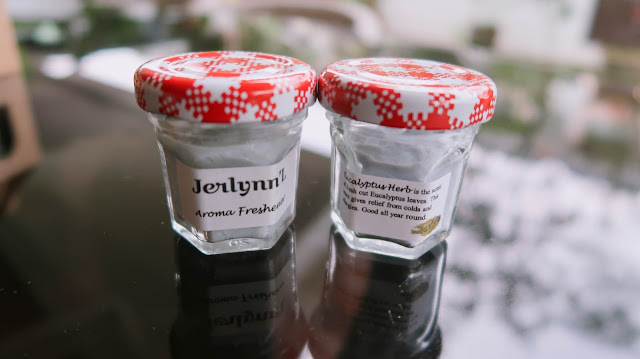 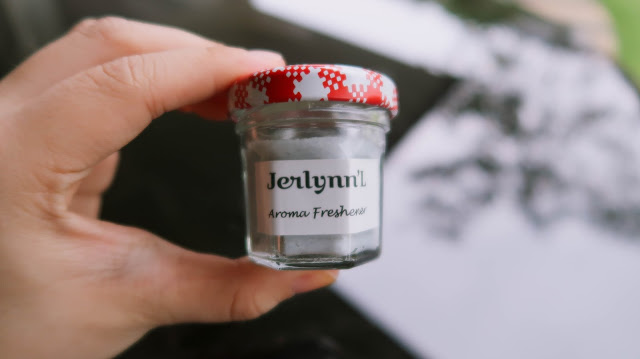 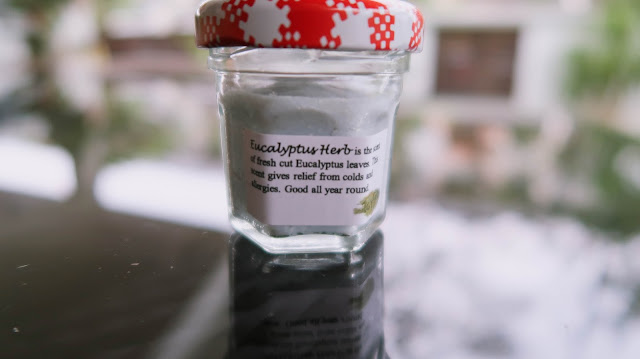 The back of the jar says:
“Eucalyptus Herb is the scent of fresh cut Eucalyptus leaves. This scent gives relief from colds and allergies. Good all year round.” 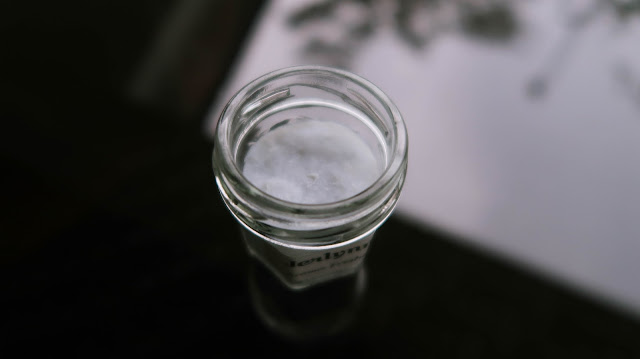 Honestly, this scent isn’t so bad. But it’s just that, I was expecting sweet fragrance, not a minty one haha.

I personally do love this scent and was hoping that I could get another scoop of it in the form of ice cream freshener but too bad. They didn’t have that. I don’t like it when it’s in the form of aroma stone though. There’s a musky and ashy after-smell that doesn’t really suits my preference. 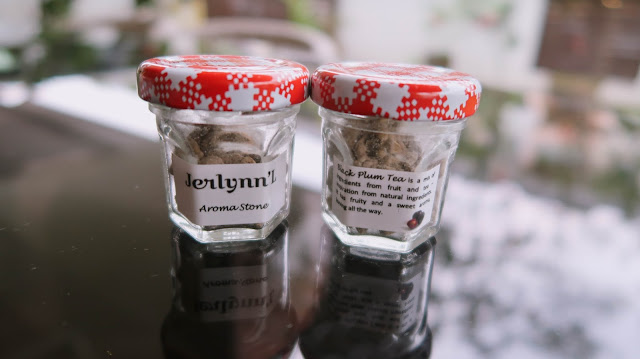 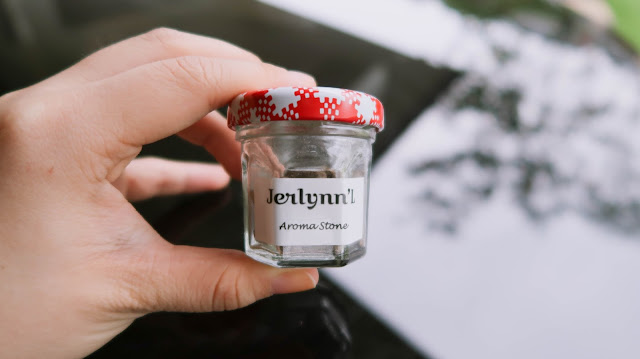 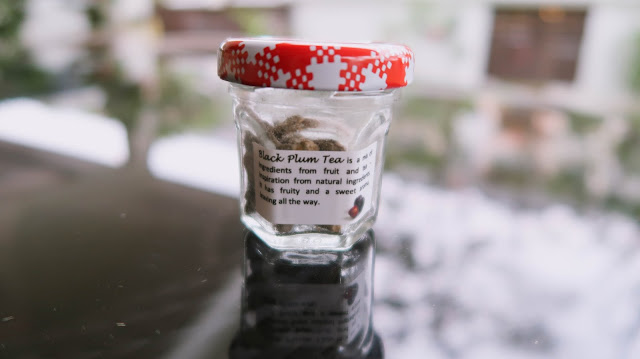 The back of the jar says:
“Black Plum Tea is a mix of ingredients from fruit and tea – inspiration from natural ingredients. It has fruity and a sweet aroma, leaving all the way.” 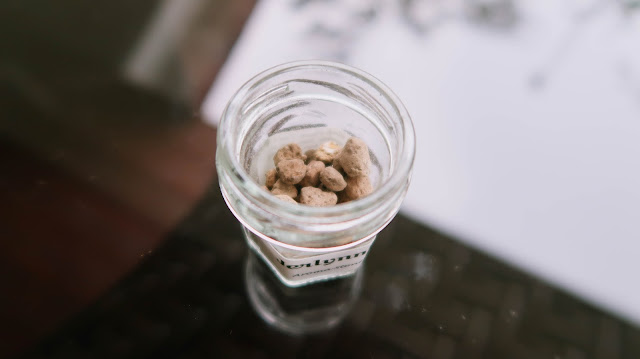 Overall, it’s still okay but I just really don’t like that musky and ashy smell that comes after it.

The main difference is the scent and the range that the scent can travel. The stone adds a musky and ashy layer to the scent and since it does not evaporate, the scent doesn’t travel far. The stones aren’t giving out as much scent as the ice cream too. Although they take a very long time to fill the entire room with its scent, it does last slightly longer than ice-cream fresheners. The ice-creams have purer smell, they are sweeter and lighter as compared to the stones.

What’s so good about them?

Well, first and foremost, they won’t give you the “fragrance-migraine.” The “fragrance-migraine” refers to the headache caused after smelling a certain product that’s sole purpose is to make a particular object smell ‘better’, i.e.: perfumes and fragrances, e.g.: car refresheners, room scent sprays. Most of the brands tend to concentrate the scent in their product, in hopes that the smell can last longer but most of them can cause a person to experience headaches if they can’t comprehend it.

So, Jerlynn’L has a really good scent range which allows a person to smell longer without having to feel uncomfortable in that particular room due to the scent. They are also relatively cheaper by comparing to ingredients, quality and amount. These fresheners are capable to last at least 2 months. I believe that they can last longer in an air-conditioned room since the evaporation is slowed down.
The price of each boxes is RM20 (incl. gst). There isn’t any information on the amount of product in each jar but it is confirmed that the amount in each jar varies.

Jerlynn’L has a really good range of products and they really did surprise me with the quality but they really need to train their CS team better and implement a stronger bond between departments because the miscommunication can create lots of inconvenience to their customers, hence affecting their sales. (Since it would make them feel like it’s a hassle to just purchase something from them.)
On the other hand, I’d prefer a larger jar with only one scent instead of three tiny jars. I bought 5 because some of them are meant as gifts. It would be a bit difficult to gift them to my guy friends since not every guy has more feminine preference than others.
Overall, I’m happy with the product but still very salty with the CS team. Kudos to the sales girl who helped me. Too bad I didn’t ask for her name though.. 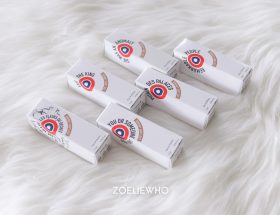 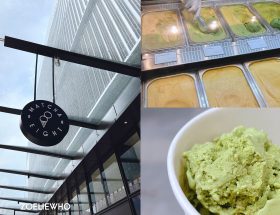