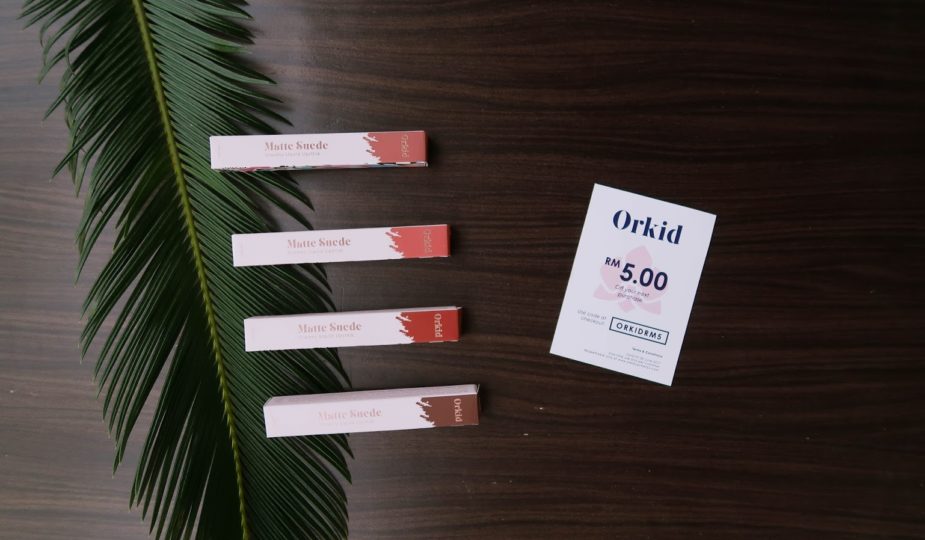 Aloha amigos!
(multilingual is cool!)
So today is about thisssa liquid lipstickkk
Y’all be familiar with Colourpop but I’m ded sure that you’ve never heard of this.
So, this brand is called Orkid Cosmetics, which is based in Malaysia. They claim to be cruelty-free, vegan and most importantly – halal. 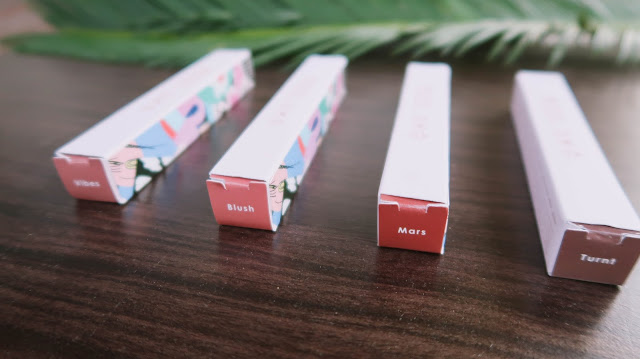 So during the birthday party, I received 4 colours from them. These are the nude collections, in which, if I’m not mistaken that, my friend Dash had said that they were entirely new on the rack.
These four colours are Vibes, Blush, Mars and Turnt. 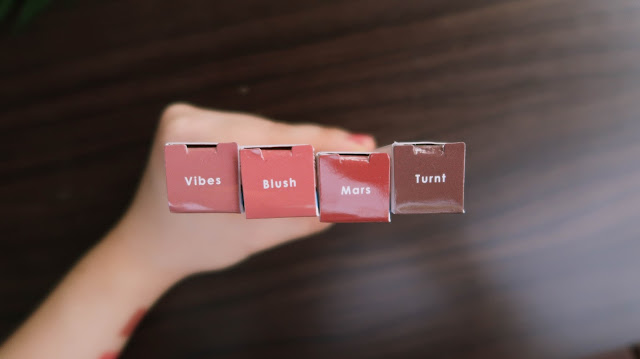 Now I’ve tried them in different occasions and also during my bored free time. I’ve tried it on my lips but I’m just never really the “Full Lips” kinda gal. My lips just won’t allow me that no matter how many times I’ve tried.
Anyway, below are the swatches:
Under Tungsten Light
Left to right: Turnt, Mars, Blush, Vibes 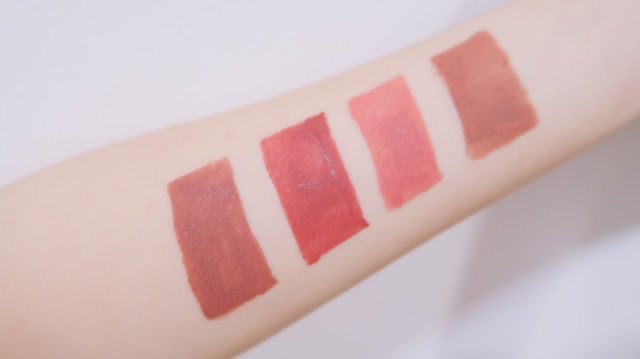 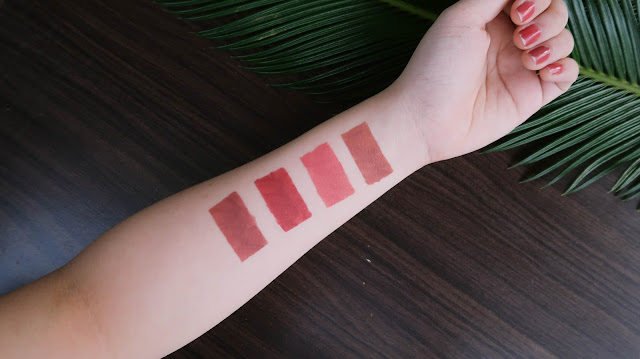 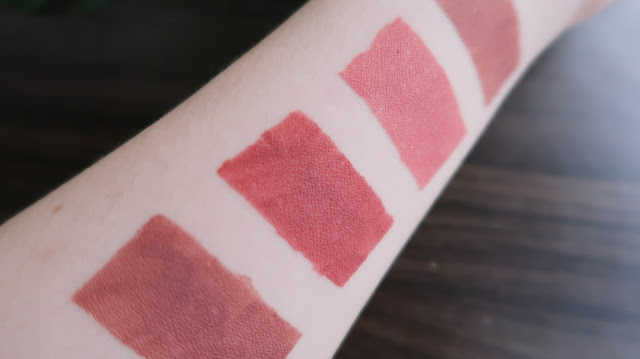 Under Natural Light – Close to sunset 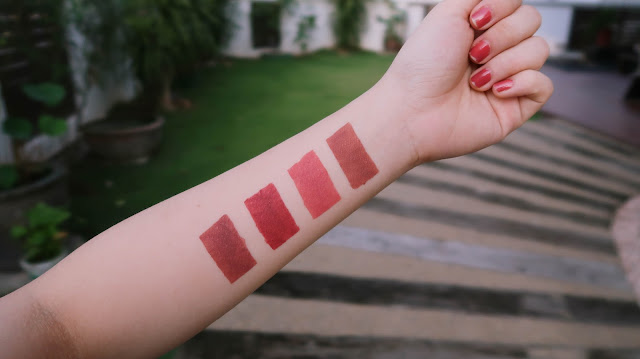 Under Natural Light – Close to sunset ft. smudge once with high pressure 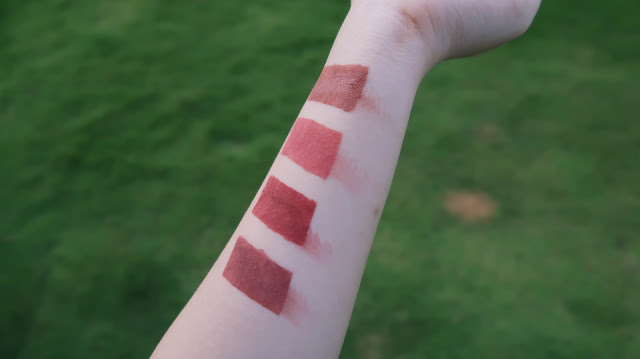 The texture of this product is far from Colourpop’s. Less sticky, less gooey and a lot lighter to wear them on the lips. They don’t smell like chemicals and they are very easy to apply. The content also dries out as fast as Colourpop’s but it doesn’t give the “flaky” feeling that Colourpop’s Ultra Matte delivers. This is a good advantage here.
I think the only down part is that, Orkid Cosmetics provide a very limited colour range. Also, just like Colourpop, with their photos edited for the greater good, it’s hard to determine the true colour of the lipsticks when they are applied onto the lips. I believe that whoever brand comes out with the best idea to provide the most accurate way of identifying the true colour on a person’s lips via online methods can get the upper hand in the whole competition.

(pls ignore me if my face too awkward)
I wasn’t blessed with the perfect lip shape so I can never have a good time with full-lips makeup. However, there is always the option of gradient lip colour, which works perfectly well on me. All you need to do is just colouring the inner side of your lips and keep saying” ba ba ba ba ba” until the colours are evenly spread out. (If they aren’t even, you can always blending them a little with your fingers.) So for this blog post, I’ll be using gradient lips makeup instead. 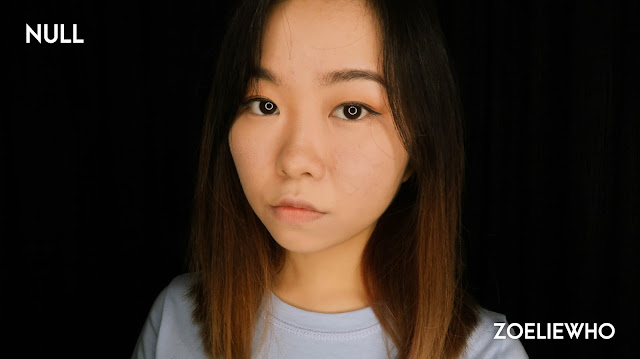 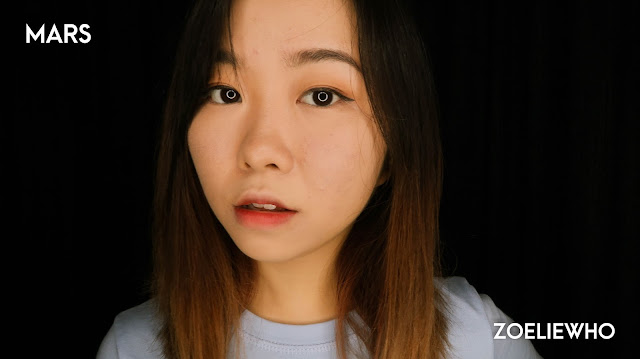 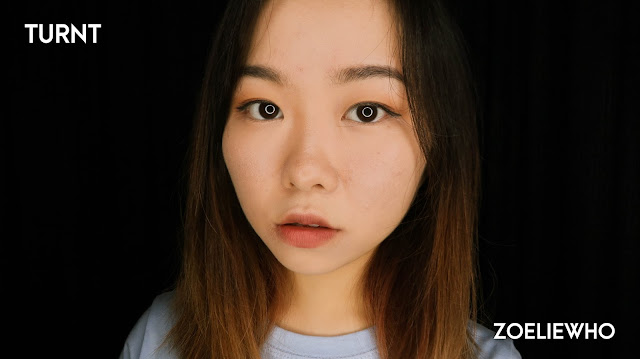 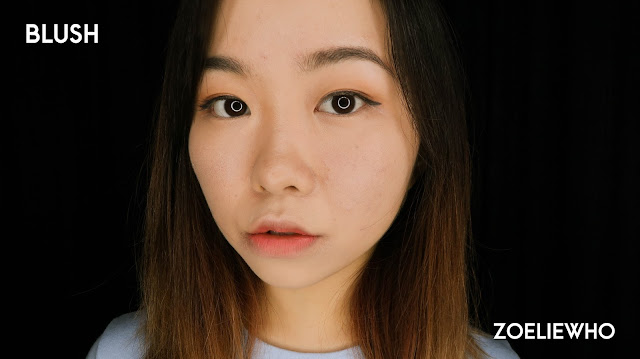 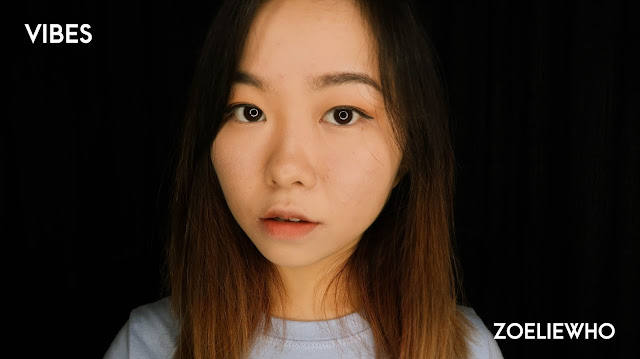 Believe it or not, makeup removing for liquid lipsticks can be a pain in the lips and skin. They take so much effort to be removed and sometimes it made my skin drier than usual because of the many times I need to use the makeup remover on my skin. So, below is my attempt to remove Orkid’s lipsticks.
I’ve attempted to use coconut oil – which had smudged everything together in the end and it did no good. So, I used my all-time makeup cleanser to wash it off (I will never use this product on my face due to the fact that it dries my skin terribly. Only use this for makeup tools and skin from other parts of body.)
I covered the middle part because of my ugly writing. It says: “For Makeup Brush. Use Less.” 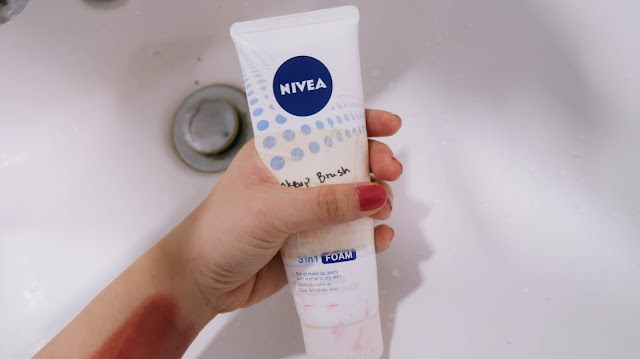 So the left photo is before rinsing off the oil and the right photo is after rubbing the cleanser into the residue. The effect is still not good enough. Perhaps the cleanser isn’t good in makeup cleansing or the lipstick is just quite stubborn. 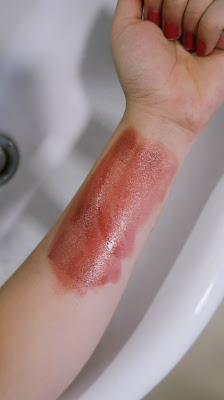 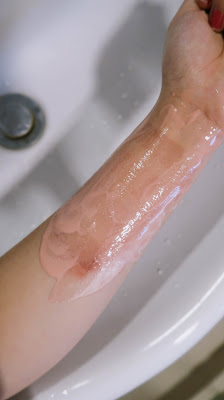 My last attempt is to remove using makeup remover (water based) and the residue is all cleared off. 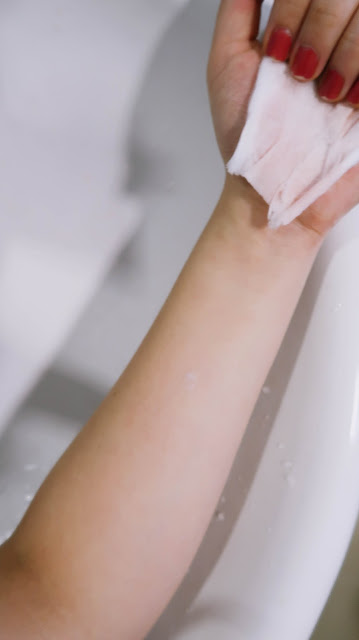 The conclusion here is that:
Liquid lipsticks are difficult to remove but Orkid Cosmetic’s ones are a whole lot easier to wipe off as compared to Colourpop’s. If in this post, that the situation is reversed, I would be attempting more steps to remove the liquid swatches instead of just a few simple steps.
____________________
So since I can’t pull off the “Full-Lip” look. I honestly won’t want to upload those photos here. It’s such a shame that I wasn’t gifted with perfect sculpted lip shape. However, I do have a word for people with yellow-based fair skin: I would aggressively discourage anyone with the skin tone like mine to attempt brown-based colours such as Turnt but I would recommend pink hues Mars and also highly recommending orange hues. Trust me, with brown-based tones, you’d look like you’ve pasted poop on your lips. Such results were the same with a few of my colourpop hauls. TOTAL DISASTER. Oh, and don’t attempt purple-based colours too unless you have a strong facial feature.
___________________
Overall, will I buy it? Well.. I guess only if they have a way for us to know which colours are the best for which skin colours. Maybe if they open up a store. That would be a lot easier.
___________________ 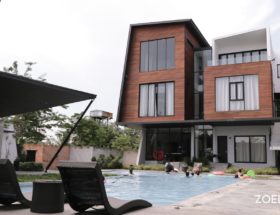 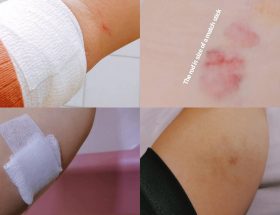