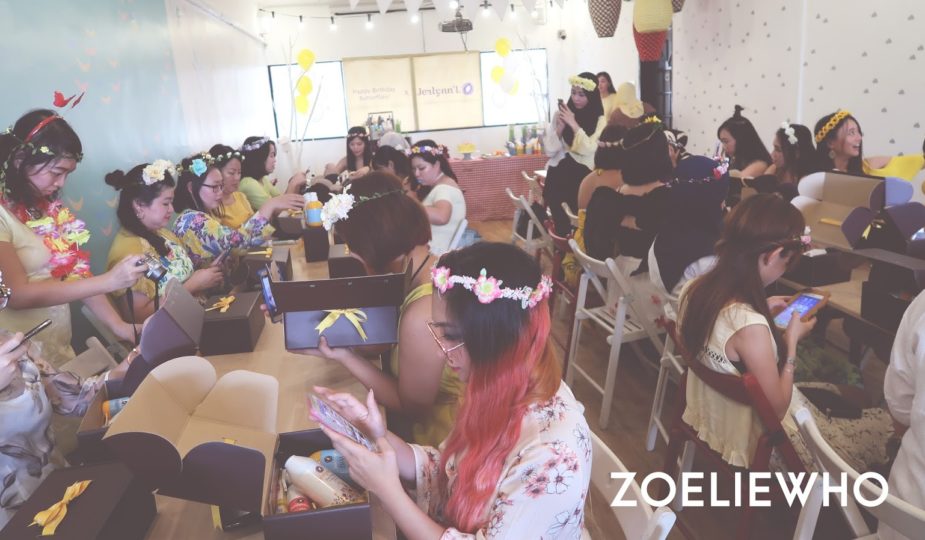 So I was lucky to be able to participate the
Butterfly Project’s 4th Year Anniversary Party
that was hosted by Jerlynn’L
In order to fit into the founder’s budget, Hello Deer was their best option.
So this is the venue. 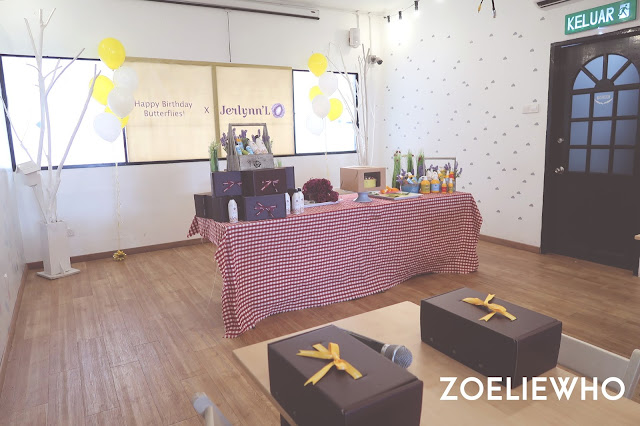 This event’s party gift was a surprise from Jerlynn’L which The Butterfly Project crews stressed out that nobody can open the box until we all did it together at 3:30pm. 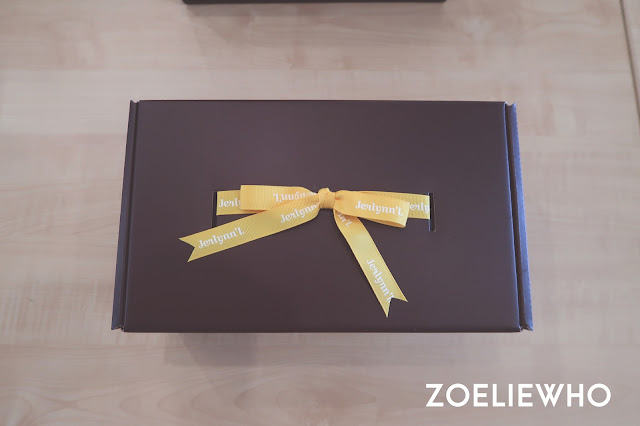 Since the party hasn’t really started yet,
many bloggers went straight to the deco table to snap tons of photos. 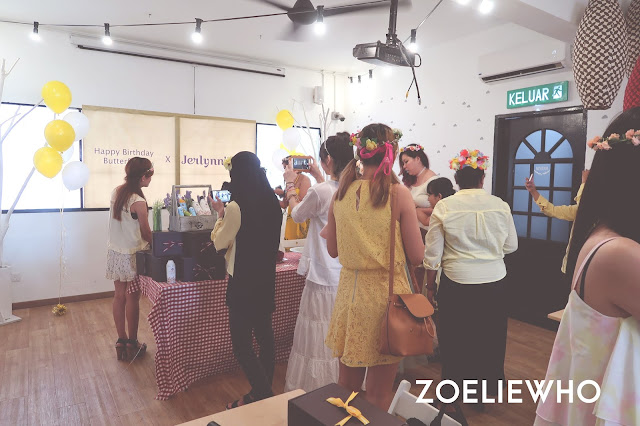 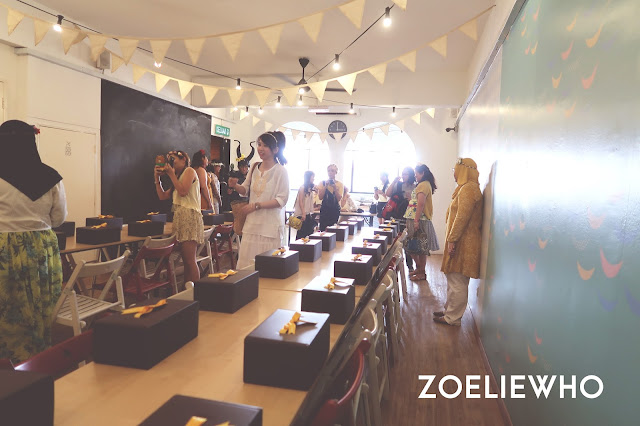 Anyway, as a blogger myself, I had to take photos too, right?
But it’s slightly difficult to take photos when everyone was trying to do the same,
so patience is really needed here. 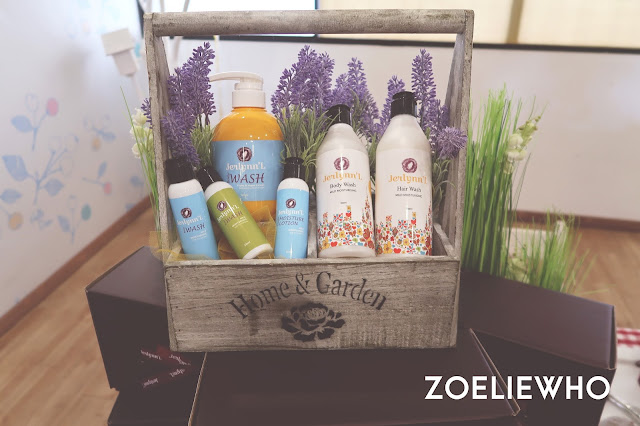 In the middle of the table was the cake.
Literally too pretty and precious to eat. 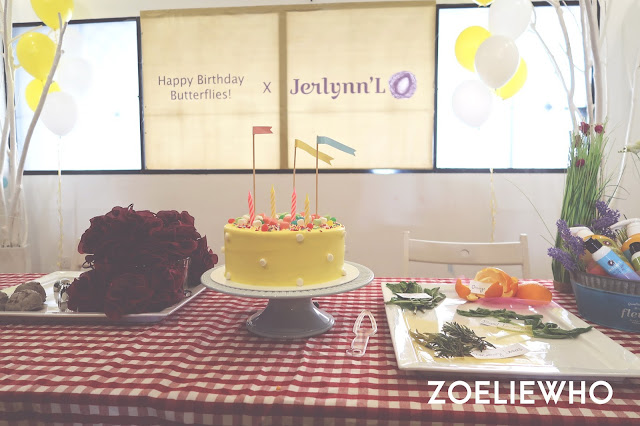 I mean look at this!
By the way, the one on the left is actually called “Ice Cream Freshener.”
The smell is wonderful!
It’s not like the kind that will trigger your migraine.
But sadly, I don’t know what flavour scent it is.
Also, it costs RM19 per scoop >< 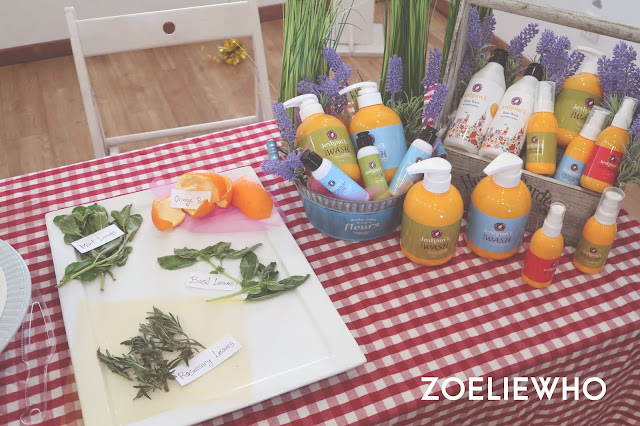 Here’s how the event looks like.
My blogger friends wanted to sit at the back so we get to see this magnificent view.
I guess Tammy (the founder) would feel very sentimental when she sees this. 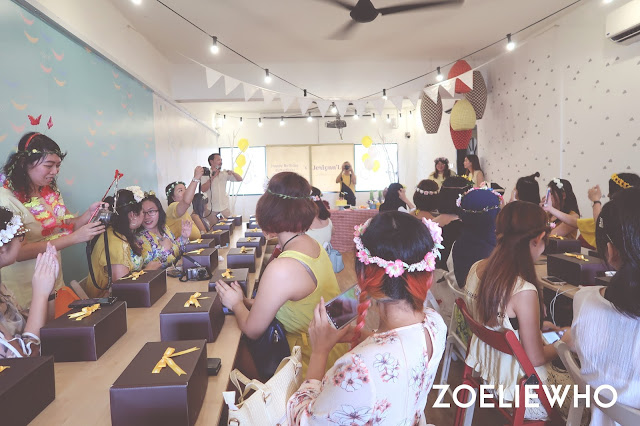 Who’s Tammy, you asked?
Well here she is!
Isn’t she lovely though.
(A BIG THANK YOU SHOUT OUT TO TAMMY FOR THIS EVENT, WOOHOO!) 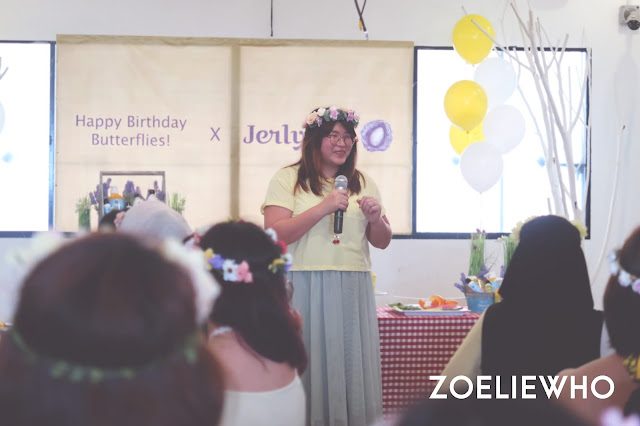 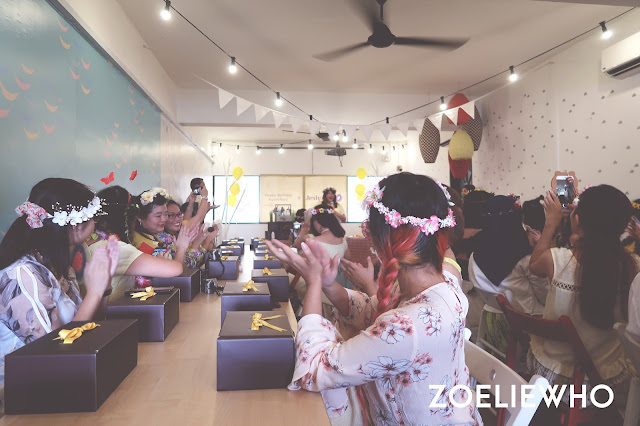 Here’s one of the cool people from Jerlynn’L who gave us a talk about their brand, products, etc. 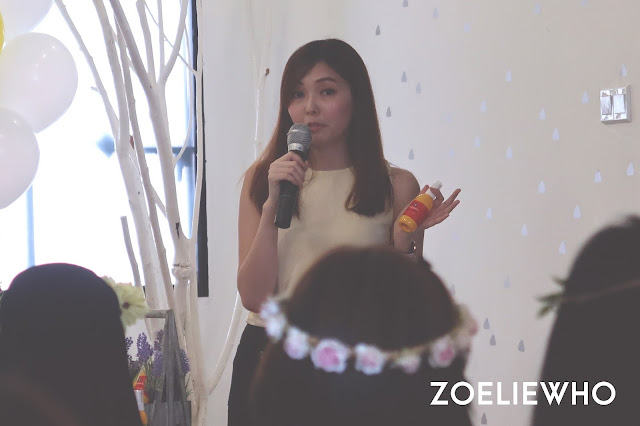 Here’s the MC of the day, Deelicious.
Fabulous MC I must say.
I wanted to be bff with him tho but like, the age gap makes him feel intimidating a little bit….
I’m just scared of people who are higher level than me ok.
(seriously I’m not fab enuf) 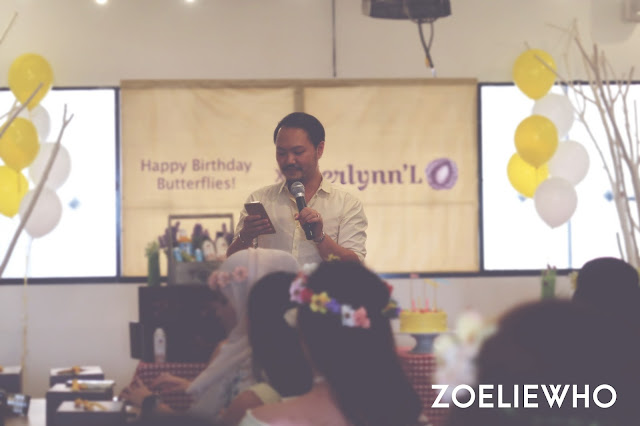 Deelicious counted down with everyone and we all opened the box together.

Here were the things that was placed in the box.
I heard that it was worth over RM500.
(That was no joke though, I checked their price online) 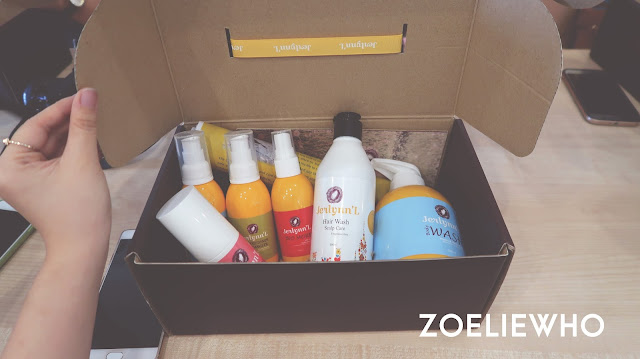 Look at everyone opening their boxes.
(Sad Eros, he can’t do it with us since he had to take photos instead ><) 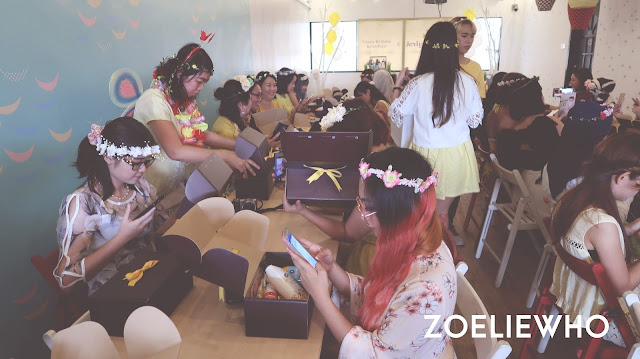 *cough cough*
Actually, I took pictures of the food of that day but I accidentally deleted it…
But heyyyy here’s a photo of the other side of the food table hahahahha….
*cough* 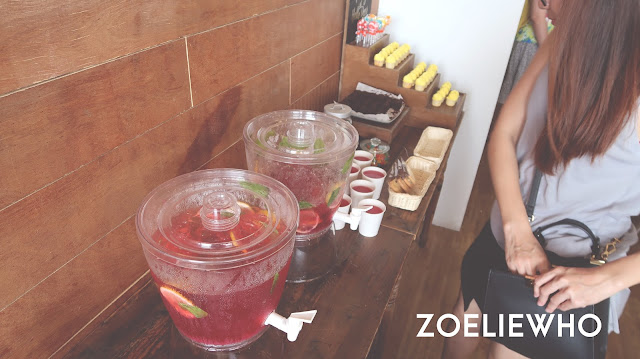 Anyway, everyone here got their hands on the meatballs.
I took it too because Candace (a friend) said it was good.
Dash didn’t take it because she’s embracing the hindu culture.
(Honestly, I really didn’t know she was part Indian and I accidentally said something that sounded (unintentionally) mean…. I FEEL SO BAD UNTIL NOW T-T ) 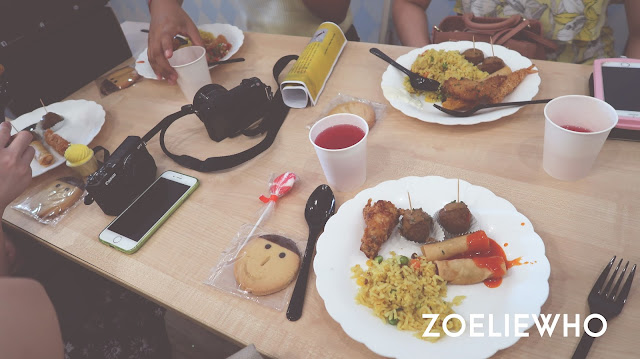 Uhmm.. let’s get back to the food.
So I’ve gotten a fried chicken, two meatballs, two spring rolls and some fried rice.
At the same time, they were talking about how good the cookie was during the last party, so I quickly took one as well. I brought it home to my grandma and she said it tasted like the Shiroi Koibito biscuits. The lollipop, well, I ate it while I was typing this hehe. 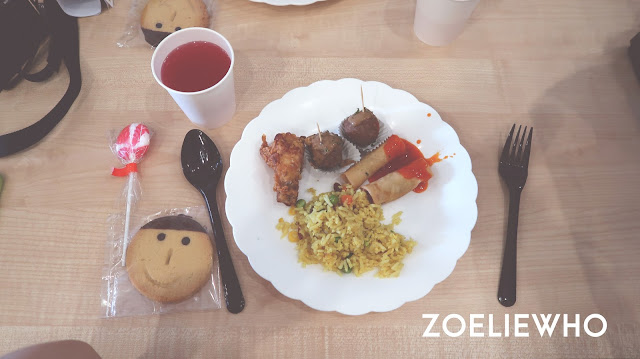 Anyways, read the next blog post by clicking the button below
Jerlynn’L Box
to know more about the Jerlynn’L products!
(Also, thanks Tammy for the Beauty Water! Great to know I’ve contributed some moneis to the party hehehe) 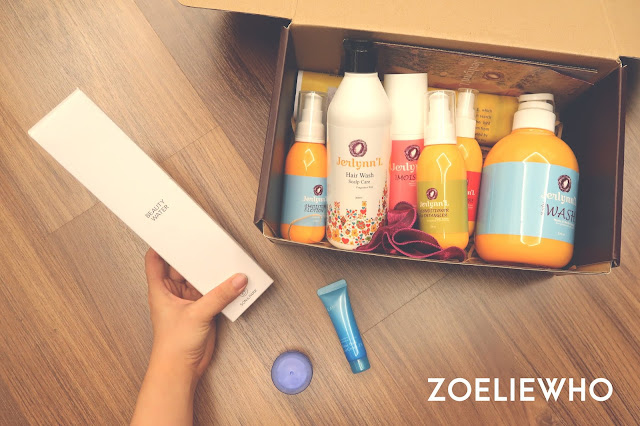 Update: 2nd May 2017
My appearance in the party.
Photo credit by volunteer Eros Si without edit.
Huge thanks to Eros for the photos!
Lovin em! 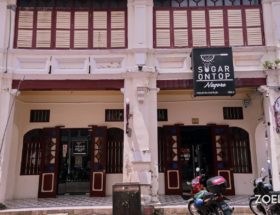 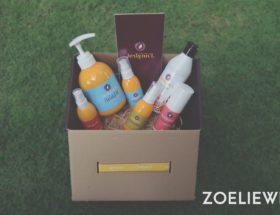