Yo! You think a girl like me only knows about food, makeup and other stuff BUT NOT GAMES?
Think again, I love games, especially Pokemon and Sims (all generations yo!)

Here’s why I’m writing this post:
So I had a bit of trouble to catch all these guardians but somewhat found a way, which I believe that this can really help you if you’re stuck. I mean, if you tried to google a technique to catch these low-catch-rate creatures, most of the articles are just about ‘how to get to the Ruins of [insert name]’ but they never really teach you HOW to catch. So I thought, like, I might as well just write one about it. 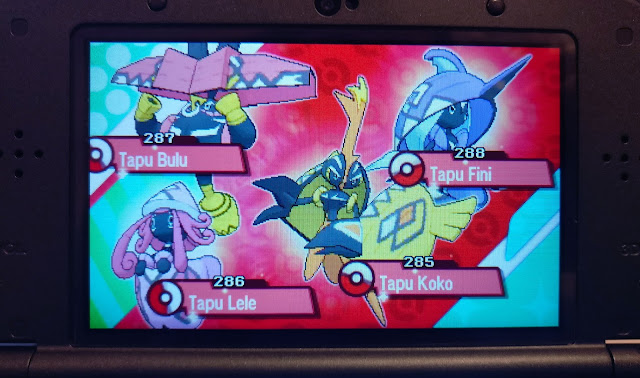 But first of, here’s what you need:
1. A lvl 60 Pokemon -preferably Kartana.
Here’s the reason why: Kartana is already lvl 60 when you catch it, it’s a steel and grass type but handles attacks.. somewhat well. The moves X-Scizzor and Leaf Blade is going to help you big time.

2. TM False Swipe
If you’re a hard core pokemon fan, you should know why this move is very useful in catching legendary pokemon, simply because it will cause damage to the opposing pokemon but never kills it. This moves always leave the pokemon at 1% HP.

3. Knowledge to how to soft reset.
Basically just press L+R+Start.

4. Tons – I mean, seriously, tons of ultra balls, at least 80 of em for every island Guardian.
You’ll know why when you try to catch Tapu Koko.

Enough said. So here’s what you should do.
1. Get Kartana to learn False Swipe
2. Save right before you touch the stones
3. Touch the stone 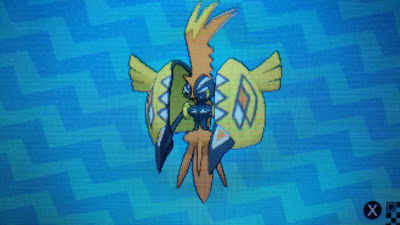 Tapu Koko
Now when you try to catch this little troublemaker, just keep in mind that it’s normal to soft reset a dozen times and -yes- it will take you hours to catch.

I took almost 47min to catch this one here. Keep in mind that if it attacks your pokemon (in my case, my Kartana) twice, then you should soft reset your game already. This is because by the second time that he tries to use a move which causes damage, your pokemon may already be fated to faint at that point. However, Tapu Koko likes to use Agility A LOT, so pray that he uses it for the first 3 rounds so you get to make its HP into 1%. Remember, it’s all about luck catching it.

What to do:
1. Kartana – use Leaf Blade (This should cut down about 70% of it’s HP)
2. Kartana – use False Swipe (At this point, you should be able to cause it’s HP to be at 1% already)
3. Ultra Balls – keep double tapping the Y button at this troublemaker until you catch it
4. Soft reset – when you’re at the last pokemon and half of it’s HP is already gone. 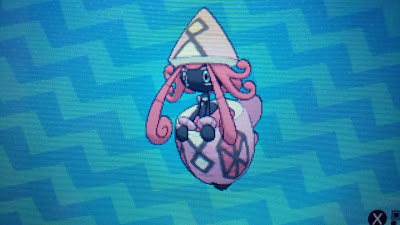 Tapu Lele
Tapu Lele is said to be “guilelessly cruel.” I would say that it does cause a bit of damage to my team but it does have a move like Tapu Koko’s  Agility which doesn’t cause damages, and it is the move Flatter.

It’s easier (in my case) to catch it, in which I took only 3 minutes. Using the same technique as I did for Tapu Koko but this time, lesser ultra balls involved and no soft resets. 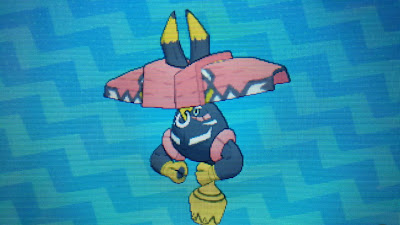 Tapu Bulu
This one here would be the second hardest to catch, aside from Tapu Koko.
You don’t need a lot of soft resets like Tapu Koko but unlike the two guardians, all of it’s moves can cause damages. Additional to that, it will regain some HP for the first 5 rounds due it’s Grassy Surge. (My Kartana get’s to regain some too.)

This guy’s moves are a lot less damaging than the other two, so each soft-reset round will take longer, which is supposed to be a good thing, right? But this bugger here doesn’t even budge more than two times in all the ultra balls that I’ve thrown at him. It could’ve been easier to catch it but because of how stubborn it is, it’s going to take you a while as well. For your reference, I took about 60min to catch this stubborn bull. 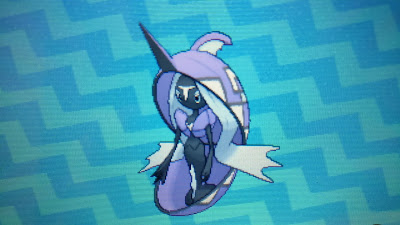 Tapu Fini
I think among all guardians, I like this one the most prettiest one – in terms of it’s design. However, Kartana seems to be a bit difficult to use here, since X-scissor doesn’t cause much damage and  since Tapu Fini is a water-type, which means Leaf Blade can K.O. it. At the same time, it’s move called Aqua Ring can help it to regain HP for 5 rounds. So it’s gonna take a while for it to be 1%, or at least get it’s HP bar to red.

You can use other pokemon as battle starters but here’s what I did:
1. Make Braviary (lvl 65) the first pokemon of my team.
2. Used Fly and caused it’s HP to cut down half (but it regains a bit through Aqua Ring)
3. Used Aerial Ace to cut it’s HP bar to red colour
4. Threw ultra balls to stall time as it’s HP is too low for another Flying Type move
5. Used Air Slash until it’s lower again.
6. At this point my Braviary had fainted
7. Brings out Kartana (in your case, the pokemon with False Swipe.)
8. Threw Ultra ball
9. Kartana – False Swipe (my Kartana fainted at this point)
10. Bring out another pokemon and spam that Y button
11. Soft reset when I’m at my last pokemon with half of it’s HP gone.
– repeat until I catch it –

This one is the hardest to catch, in terms of keeping it’s HP low. The move Aqua Ring makes each soft-reset rounds longer, causing more time to be wasted. At some point, I gave my Kartana potion to maintain Tapu Fini’s 1% HP too. Catching this island guardian is very challenging so you might need to make a good strategy to catch this island guardian. It took me about 30 to 60 mins to catch it.

That’s all!
Hope you find this helpful enough.
Also, I’m playing in Pokemon Sun, so if you’re playing Moon, you can’t get Kartana 🙂
Aaaaaaaand, I don’t think all these island guardians will be affected by moves that causes them to burn, paralyse or frozen. I’m not really sure about this because I tried my Pichu and Snorunt on Tapu Koko. It didn’t even budge. 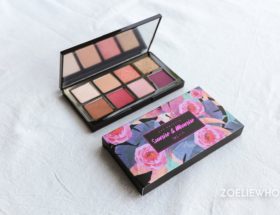 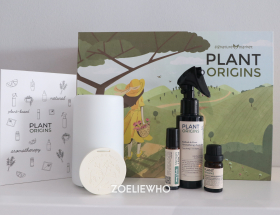